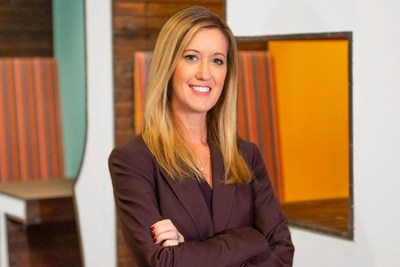 Cunningham founded the company in 2009, made more than 15 acquisitions, raised nearly $300 million in venture capital, and led the organization to an IPO in July 2013. In 2017, RetailMeNot was acquired by Harland Clarke Holdings, a wholly owned subsidiary of MacAndrews & Forbes Incorporated.

"It has been one of my greatest achievements to build a successful company from the ground up. With a mission of saving millions of people money while building great technology, I am fortunate to have had a tremendous nine years in this role," said Cunningham. "I look forward to my continued service as chairman, and I am excited that Marissa Tarleton will take the reins as CEO. Under Marissa's leadership, RetailMeNot will continue to deliver on its promise of being the ultimate savings destination."

Marissa Tarleton joined RetailMeNot in 2015 as the chief marketing officer and has demonstrated leadership extending throughout the organization. In this role, she is most notably known for establishing a new brand, and targeting and marketing ROI strategies for the company. In addition, Marissa launched two new sub-brands, RetailMeNot Everyday and RetailMeNot Rx Saver. These initiatives helped deliver significant growth in consumer acquisition while also building new revenue streams for RetailMeNot. Tarleton was also named a top 50 CMO on the inaugural Forbes CMO Next list in 2018 due to her thought leadership in data driven mobile marketing. Prior to RetailMeNot, she served in multiple regional and global marketing and e-commerce leadership roles at Dell. Prior to Dell, Tarleton worked in advertising in New York City for both Ogilvy & Mather and Foote Cone & Belding.

"Cotter has not just led a successful business, he has also created an incredibly vibrant and beloved company culture. I would like to thank him for his leadership and mentorship, and I look forward to building upon his immense success," said Tarleton. "I am honored to serve the millions of consumers who count on RetailMeNot to save money, the marketers who depend on RetailMeNot to drive revenue, and the top-notch talent at RetailMeNot who make it all work."

"It's an exciting time at Harland Clarke Holdings and RetailMeNot. Together, we are well-positioned for strategic growth," said Prusch. "Cotter has built an extraordinary company. I want to offer my sincerest thanks to him for all that has been accomplished and look forward to our continued work with him in his new role. I would also like to extend sincere congratulations to Marissa as she takes on her new leadership role. I am thrilled about the future ahead."

About RetailMeNot, Inc.
RetailMeNot, Inc. (https://www.retailmenot.com/corp/) is a leading savings destination connecting consumers with retailers, restaurants and brands, both online and in-store. The company enables consumers across the globe to find hundreds of thousands of offers to save money while they shop or dine out. RetailMeNot, Inc. estimates that $4.8 billion in retailer sales were attributable to consumer transactions from paid digital offers in its marketplace in 2017, more than $560 million of which were attributable to its in-store solution. The RetailMeNot, Inc. portfolio of websites and mobile applications includes RetailMeNot.com in the United States; RetailMeNot.ca in Canada; VoucherCodes.co.uk in the United Kingdom; ma-reduc.com and Poulpeo.com in France; and GiftCardZen.com and Deals2Buy.com in North America. As wholly owned subsidiaries of Harland Clarke Holdings, RetailMeNot and Valassis, a leader in intelligent media delivery, are partnering to connect retailers and consumers through meaningful digital, mobile and print promotions both online and in store.